Our goal is to bring joy to many homes in Estonia, which is why we support both the recreational sport as well as Olympic sport.  As an insurance undertaking, we value timeless sports demanding determination, as well as team sports. Our support goes to the Estonian professional athletes getting ready for the Olympics, recreational athletes participating in the city racing series, and young golfers.

We support the Olympic movement 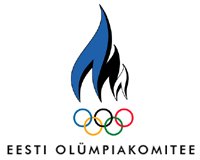 We value healthy habits by supporting recreational sports. We are a sponsor of the Estonian city run series for amateur athletes. We give our contribution to the organisation Tartu Olympic Run, Narva Energy Run, and SEB Tallinn marathon. At Tartu Olympic Run, we are also the organisers of ERGO Kids’ Olympics.
More information available on the web page of the city run series.